Just a few years ago, 3D TV was the "next big thing" and we were all looking forward to glasses-free 3D technology to bring high-impact, in-your-face viewing pleasure into our homes. But ESPN's recent decision to drop 3D TV sports programming has made many insiders announce the death of glasses-free 3D home technology.

Is 3D TV really dead or Alive? Here's our take on the debate.

Game over: 3D TV is dead MORE than a Doornail

The very best of use of 3D TV in homes is for SPORTS. 3D technology is uniquely suited to transmit the adrenaline and action of high-paced basketball, high-impact football, and high-speed hockey, among other popular sports. Now that ESPN is giving up 3D sports broadcasting, what will be left to enjoy in 3D?

Sure, there's the occasional movie. But without a viable glasses-free system, it's really not a practical option for the home. We're admittedly hopeless multi-taskers. We text our friends, do our homework, and cook our dinners while watching TV. This does not allow for accessorizing with a set of 3D glasses.

3D makes a mess out online gaming, and carries enough risks to vision and brain function that it's not recommended for young children to be exposed to it on a regular basis. The international market has already turned its back on 3D, and with the new "next big thing" ‒ the ultra high-def 4K TV now available, 3D TV will rapidly go the way of cassette players and VCRs. The fat lady is singing. 3D TV is over.

DOWN BUT NOT OUT: 3D TV IS THE NEW STANDARD

The reason why 3D TV is no longer the "next big thing" is because it's not new anymore. Most new televisions are arriving with 3D capability as a standard feature. Glasses-free 3D technology is still in its early, very expensive stages ‒ but that work is ongoing. 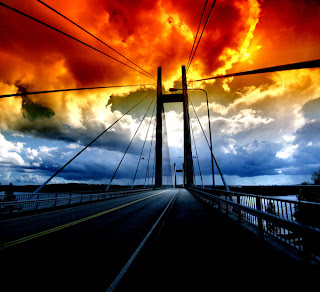 Vizio, in particular, demonstrated an impressive glasses-free, 54 inch prototype TV at CES 2013 in January that earned rave reviews. The company presented the demo hoping to get input from attendees; they currently have no plans for a commercial product release.

While wearing those encumbering 3D glasses isn't a great choice at home, it won't be the only option for much longer. And although 4K TV delivers great resolution, the 5-figure price point puts it out of reach for all but the most obsessively critical viewers.

Our conclusion? Let the fuss over 4K die down a bit. Glasses-free 3D TV is still in development, and we hope it's still coming to your home ‒ SOON.